What is Pup Culture? Exploring the Meaning of Pup in Gay Culture 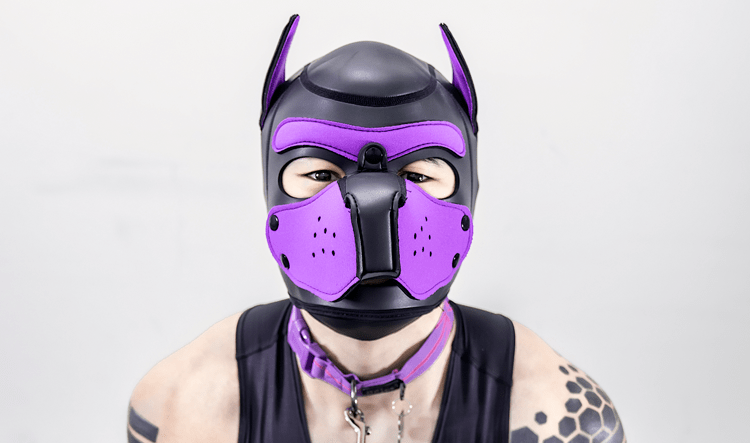 Before these discussions, let’s first define what the gay pup culture is all about.

Contents hide
1 Defining the Kink: What is Gay Pup Culture?
2 The Community: What is the Pup Tribe?
3 Being A Pup or A Master: How to Join the Pup Tribe
3.1 1. Do your research about pup play.
3.2 2. Pick the role you want to play.
3.3 3. Shop essential pup play accessories
4 Tips: Other Considerations in Pet Play Community Within Gay Culture
4.1 Discuss the Terms of Your Puppy Play
4.2 Attend Gay Events
4.3 Puppy Play Should Be Fun and Safe to Explore
5 Conclusion

Defining the Kink: What is Gay Pup Culture?

These so-called “pups” often wear a leather dog mask and a butt plug tail. Barking and eating from a bowl are just some activities they engage in. They are considered to be owned and managed by a dominant who is often referred to as the “handler” or “master.” Owners are responsible for the well-being of and activities to be done by the pups. 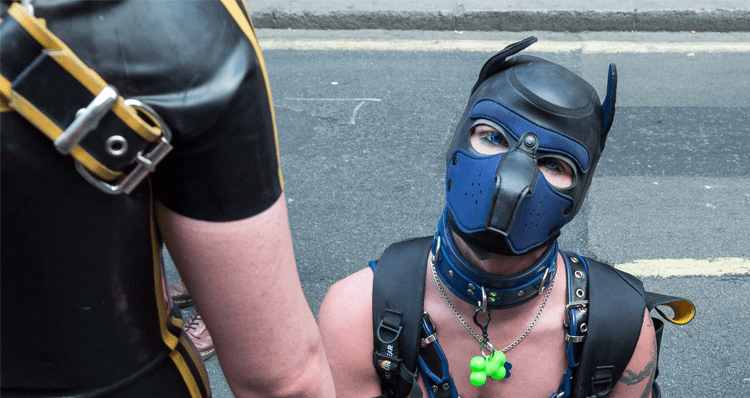 The Community: What is the Pup Tribe? 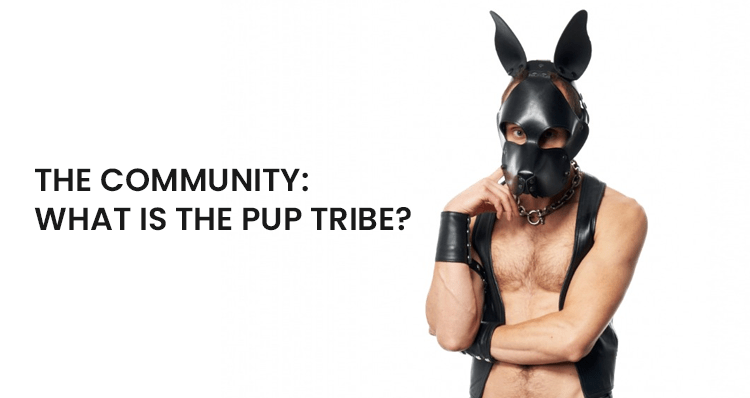 The Pup Tribe refers to groups and members engaging in pet play communities. It serves as the collective term for all pups and handlers participating in puppy play for escapism, sex, and self-expression. These groups or “tribes” are often formed to break the stigma surrounding pup play and easily connect with like-minded individuals sharing this kink.

The puppy pride flag often represents the tribe. It is somewhat reminiscent of the leather flag but with an angle and a red bone in the center. The bone symbolizes the puppy’s loving, accepting heart, while the white stripe, slightly wider, reflects the community’s diversity.

You might want to participate in this community if you have sufficient information and background on pup play. Below are some more concrete steps to get started in puppy play.

Being A Pup or A Master: How to Join the Pup Tribe 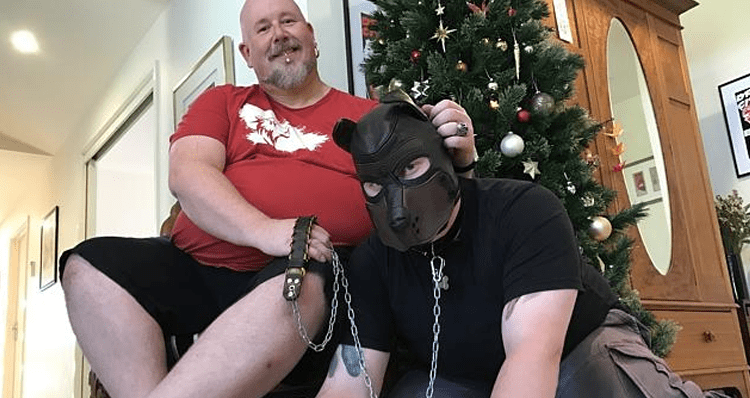 So you want to be in the pup play scene. Firstly, reflect and decide whether you are more of a pup or a master. Then, start reaching out to pup tribes, which is an excellent start to connect with pups and masters alike. 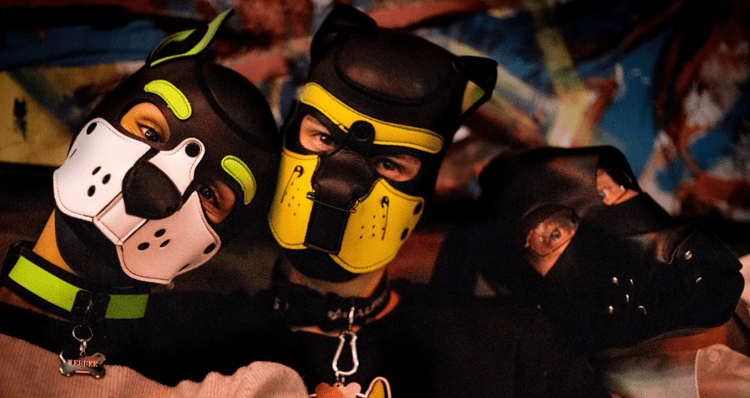 Given these considerations, you can also do the following steps before becoming a full-fledged member of the pet play community.

Steps to Participate in the Pup Play Community for Gay Men

1. Do your research about pup play. 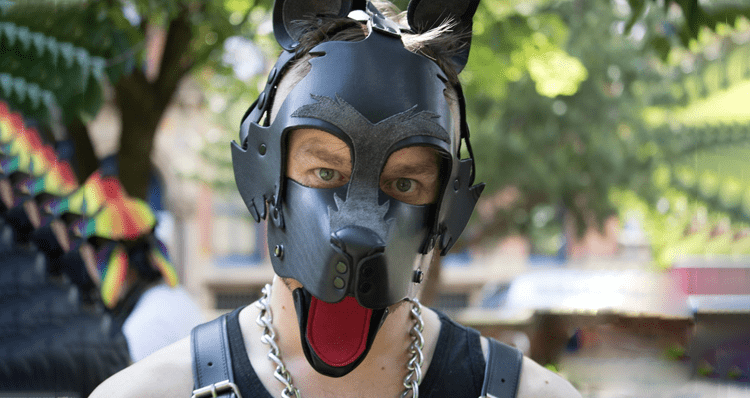 Know the essence of the community itself to ascertain whether you can be really into this scene. The number of people who merely enter into sexual experimentation with little or no research or understanding about the practice may surprise you.

For those just getting started, it’s a good idea to research reputable websites and blogs and ask trusted friends and family members for advice. You should know precisely what is and isn’t authorized before you begin so you don’t get caught off guard.

2. Pick the role you want to play. 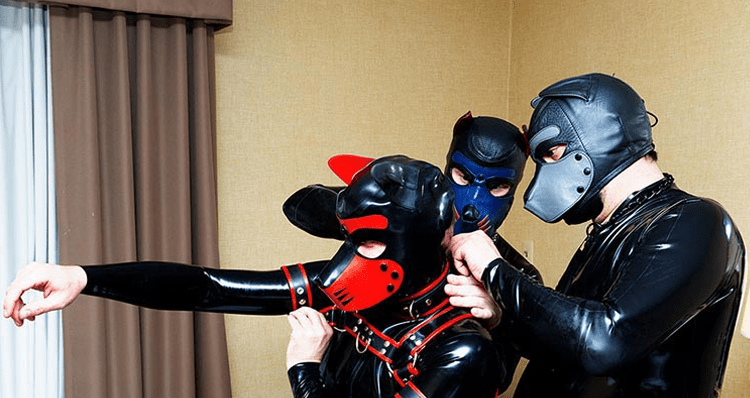 As mentioned above, you can either be the pup or the handler. Each puppy plays differently. Some pups lean into the fetish’s dom-sub dynamic, with the dom giving the sub directives. After telling his pup to “sit” or “lick his boot,” the dom may reward him with sexual actions.

For those who prefer a more spiritual dynamic, a subset of the community likes the mental space provided by pup play. Puppies can wrestle, chew toys, and run around with each other in a non-sexual play party. A non-participant is disguised as a sheep, and the pup is tasked with herding that sheep into a pen.

On the other hand, being the handler means being the one in control of the pet play performance. The owner sets the tone of the overall experience since he gives the orders that pups must obey. Thus, handlers are responsible for pups’ welfare, observance of boundaries, and aftercare. 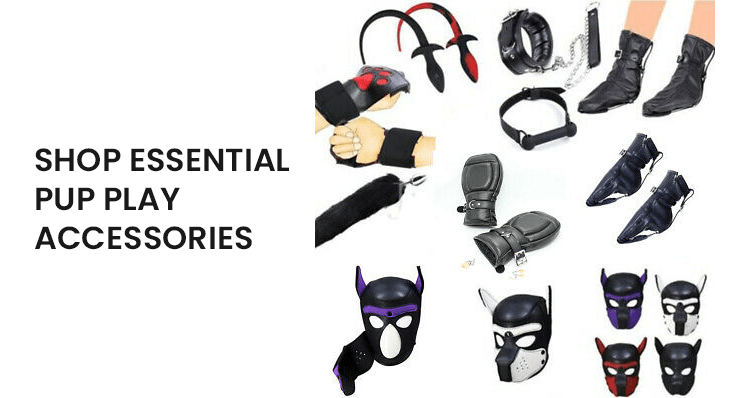 The right accessories will ramp up the heat during puppy play regardless of whether you’re a pro or a newcomer. Sex gear and accessories for pup play performances are widely available in online and physical sex stores. Only avail accessories from trusted stores like Smitizen to ensure they are of premium grade quality.

You can shop for pup play accessories directly at Smitizen for quick transactions and convenience. The following are examples of standard accessories used to spice up your pup play adventures:

· Muscle Suit – This suit hides the side stomach, giving you a muscular appearance. 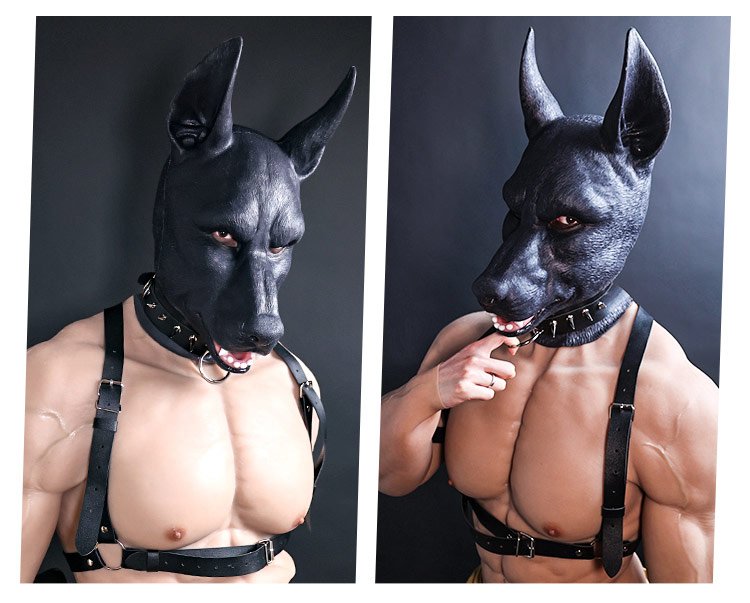 Tips: Other Considerations in Pet Play Community Within Gay Culture

By now, you already know the roots of pet play and some steps to get involved in the pet play community. Your experience can be improved by heeding puppy play tips and considerations.

First and foremost, safety should take precedence. Before engaging in any play, pups and handlers should thoroughly discuss their expectations and boundaries. Sexual or non-sexual forms of play should be addressed, as should any physical or mental health issues they may have. 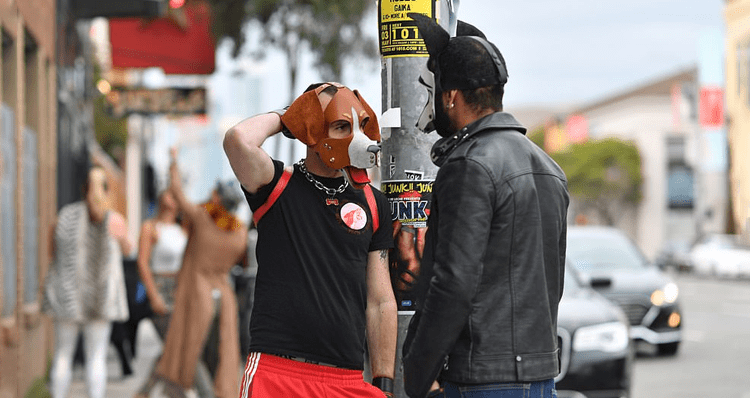 Attend any gay leather event as a gay or bisexual man (as long as it’s safe given the pandemic). Men who enjoy pup play are sure to be in abundance, and vendors will be selling leather masks and other pup-related gear.

Pups find their potential masters by attending numerous pup events and trying to stand out from the crowd. Handlers and pups often have to match in many ways, much like in real life. For a pup who does not enjoy rough play, starting a relationship with a handler who does may not be the best idea. 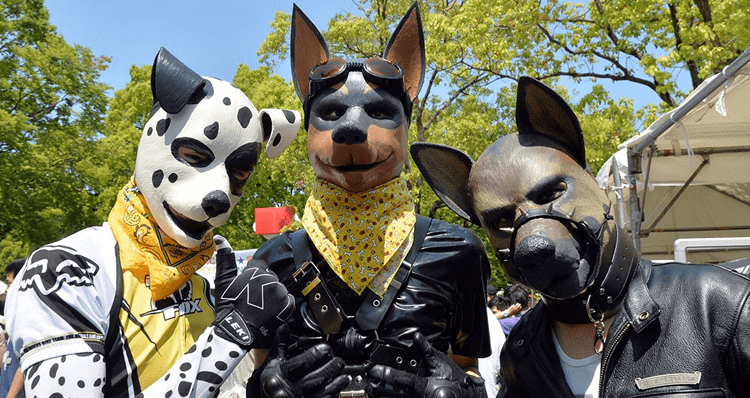 Puppy Play Should Be Fun and Safe to Explore

Puppy play has no set rules, and this is one of its most appealing features. Both pups and handlers should learn from each other so that the dynamic between them and their relationship grows stronger. The strong sense of belonging among pups remains constant, despite the evolution of pup play. 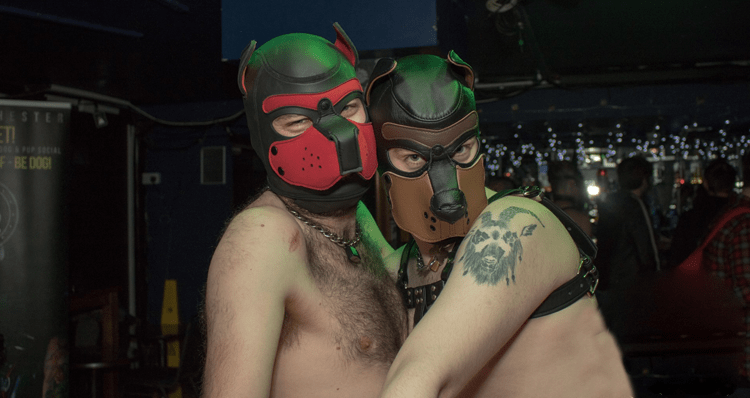 Puppy play continues to grow in popularity are many gay men, both younger and older, discover the sexual pleasures and genuine expression out of the community. There have been emerging establishments across busy streets such as New York City, housing pup-themed events where pups and handlers can hook up.

The sexual performances and power dynamics contribute to the overall appeal of puppy play. However, there are also those whose enthusiasm goes beyond their desire for sex. Some say pup play is also a method to establish more primitive connections with other gay males. It’s a matter of preference.