Queer people: An insight into gender and sexual diversity

Queer people have revolutionized the way the world perceives gender and sexual diversity. The unwavering activism from members of the LGBTQ+ community has created public awareness about sexual diversity, human rights, and gender privilege, setting the stage for people to take about these topics that were taboo for generations. The term queer is a colloquial word representing a broad spectrum of people whose sexual orientation is not straight or heterosexual. 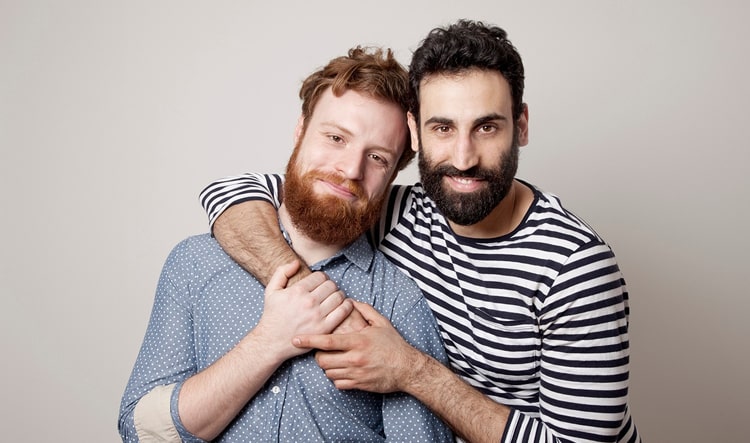 Queerness people, homosexuals, or members of the LGBTQ+ community represent an intersection of identities, including gay, bisexual, lesbian, questioning, trans, intersex, and anyone whose sexual identity falls outside of the traditional heterosexual orientation. In this article, we will explain what it means to be queer and give meaningful insight into gender and sexual diversity.

Contents
1 What does queer mean?
2 An insight into gender and sexual diversity
2.1 · Understand gender identity and diversity
2.2 · Cisgender
2.3 · Omnigender
2.4 · Agender
2.5 · Gender expansive
2.6 · Gender fluid
2.7 · Transgender
3 Learn the difference between sex and gender
4 Is there a difference between gender identity and gender expression?
5 Why gender and sexual diversity awareness is important
5.1 · Diversity promotes acceptance
5.2 · Helps to stop discrimination
5.3 · Become a better ally
6 Conclusion

What does queer mean?

A queer person is someone whose sexual identity doesn’t fall within the heterosexual norm. The word queer is a broad term with several meanings that change depending on the context of the conversation. Queer can refer to an identity and a community. In a community context, the word queer refers to a group of people from diverse economic, cultural, religious, racial, and geographical background whose sexual orientations falls outside of the heterosexual norm. Queer is also used to define gender identity for people who would rather identify as queer rather than break their sexual orientation into gay, bi, or lesbian subcategories. 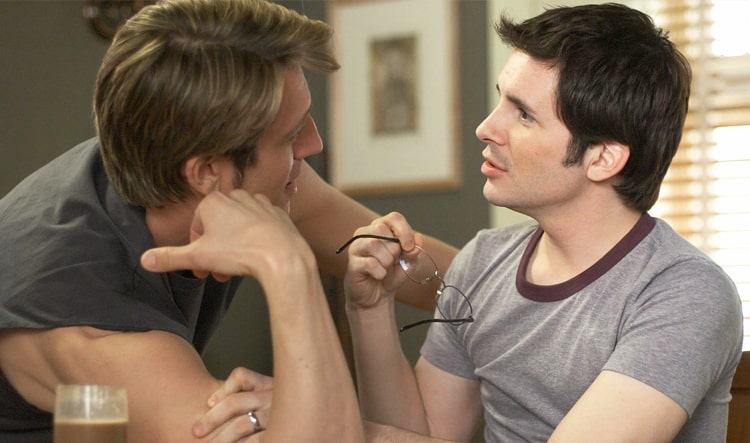 In the 21st century lingo, the term queer is pretty common, whether within the LGBTQ+ community or mainstream culture. It’s common to hear people identifying as queer, whether they are referring to their gender identity or a broad term for a community whose sexual orientation falls on a spectrum. However, the word queer hasn’t always had a positive connotation, especially in mainstream culture. In the early 16th century, the word queer meant eccentric, odd, or something that didn’t fit in. In the 19th century, the queer word became synonymous with deviance, sexual depravity, and men of loose morals. During the end of the 19th century, at the height of gay rights movements, queer activists reclaimed the word queer. They redefined its meaning, turning it into something members of the LGBTQ+ community could be proud of.

An insight into gender and sexual diversity

Hindsight, political forces, social consciousness, and more insightful research have rapidly changed how people perceive gender and sexual identity. Unlike in the past when people had to stick with the labels they were assigned at birth, you can now assume whichever identity feels right for you. For people whose gender and sexual identity differ from society’s norm, queer acceptance could not have come at a better time. While the shift in attitudes towards homosexuality across most communities around the globe is slow, queer people have hope for a better future because the taboo around queer conversations has been broken.

Whether you identify as queer or are an ally, getting more insight into the queer world can help you become a better ambassador for this amazing group. Here are a few insights into all things queer: 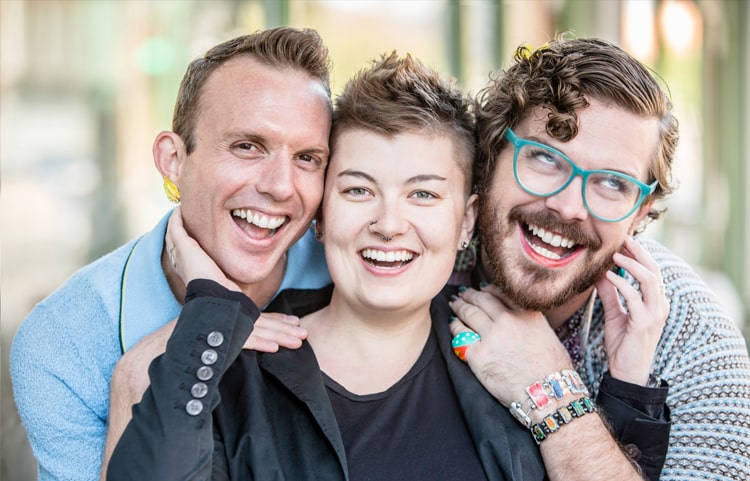 Gender identity refers to an individual’s sense of self which falls on a broad spectrum. Depending on your self-conception, you can identify as a man, woman, both, or neither as long as you accomplish an inner sense of belonging with whatever label you decide to use. While gender identity corresponds with biological sex, it’s not always the case for most people. You can have biologically male organs, which can result in the assignation of the male gender at birth, but that doesn’t mean your sense of identity is male. 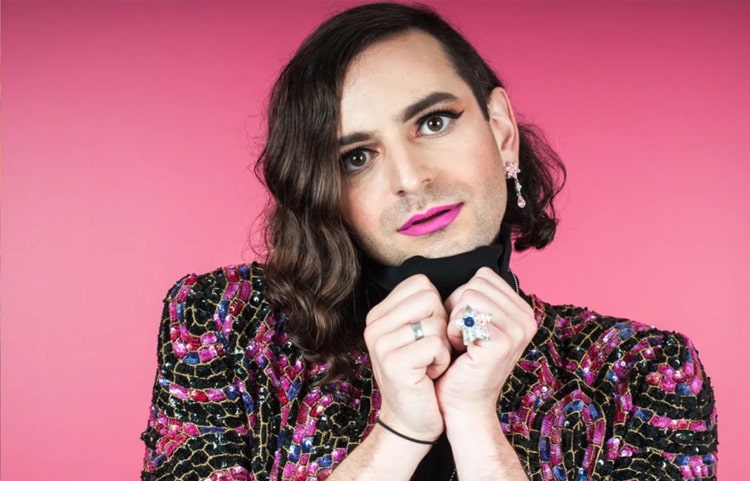 A cisgender individual is a person whose biological sex corresponds with their identity. If you are a biological male and identify as a male, you are a cisgender male, while a biological female that identifies as a woman is a cisgender female. The word cisgender basically means you assume the identity you were given at birth. 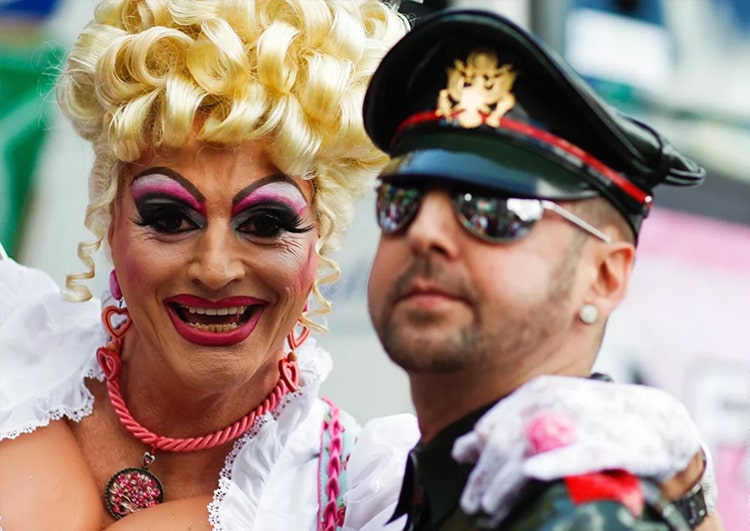 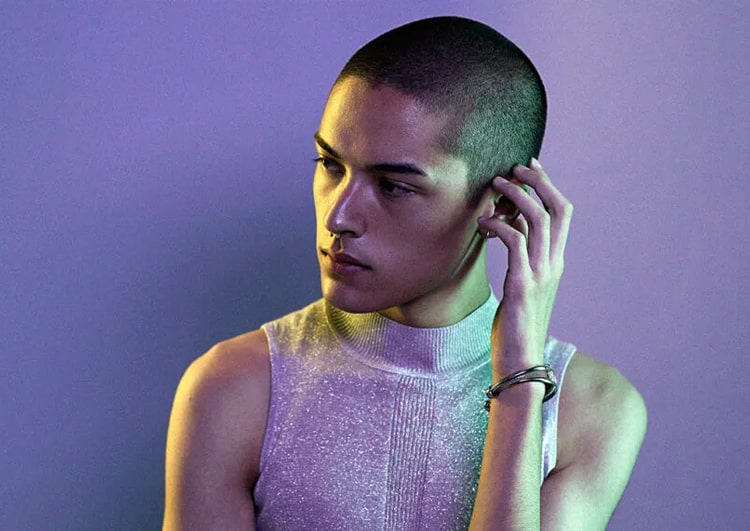 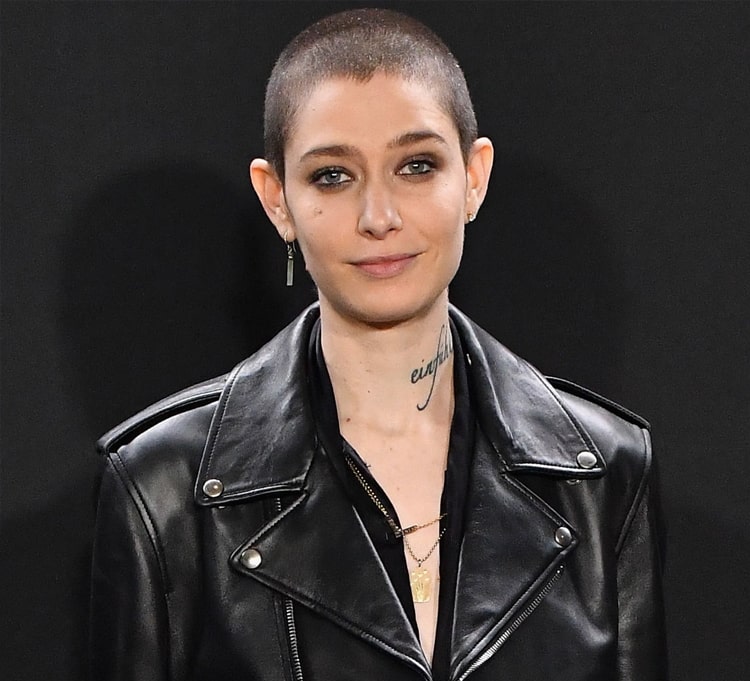 A gender-expansive individual is a person that broadens society’s definitions of common terms such as gender identities, norms, expectations, and roles. Gender expansive is a broad term for individuals that stretch or broaden cultural definitions of gender to include their perceived sense of identity. 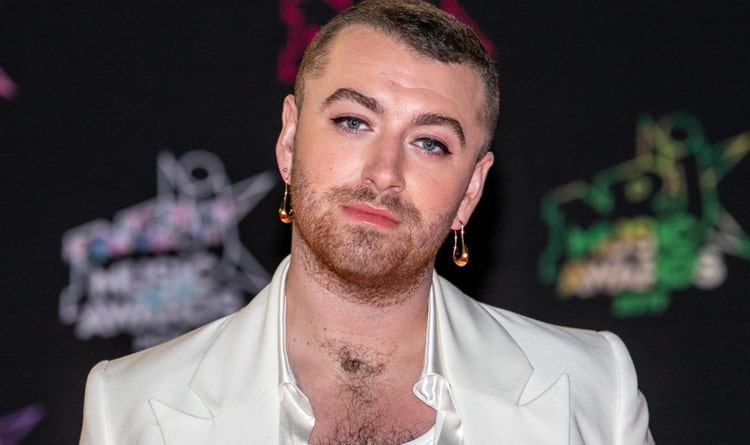 A gender-fluid individual is a person whose gender identity shifts or fluctuates outside what is considered the norm. A gender-fluid identity can fluctuate on a spectrum between man, woman, or a combination of both, depending on an individual’s state of mind. 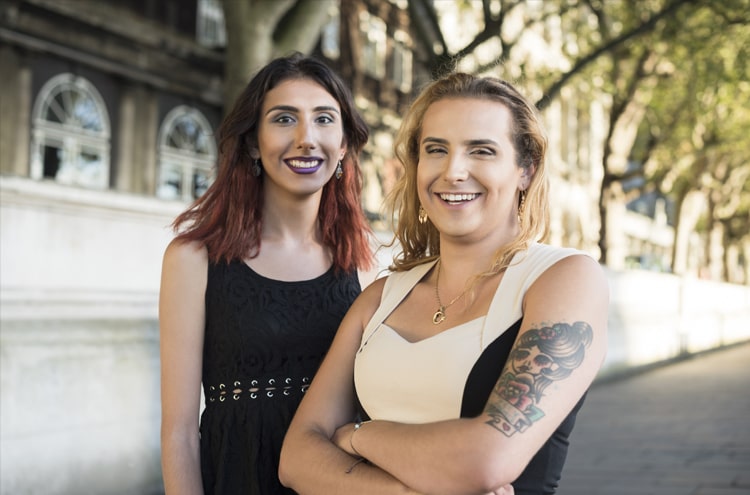 A transgender person identifies with a gender they were not assigned at birth. For instance, if you were born with male biological organs but identify as a woman, you can identify as a transgender female. You can also assume the transgender identity if your sense of self falls within the nonbinary spectrum.

Learn the difference between sex and gender 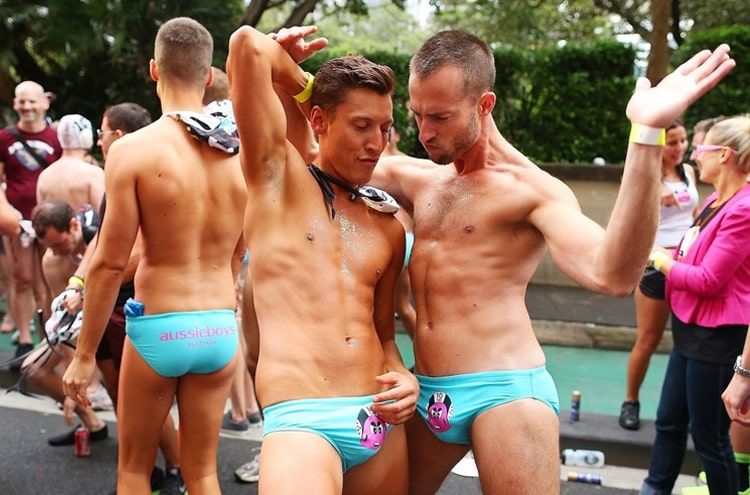 Gender is a social construct, meaning it varies between different cultures and communities. Usually, the gender you are assigned at birth determines your role, norms, and behavior in society. The sex of a person is based on external anatomy and is normally assigned at birth. Sex is more of a person’s biological status than their sense of identity.

Is there a difference between gender identity and gender expression? 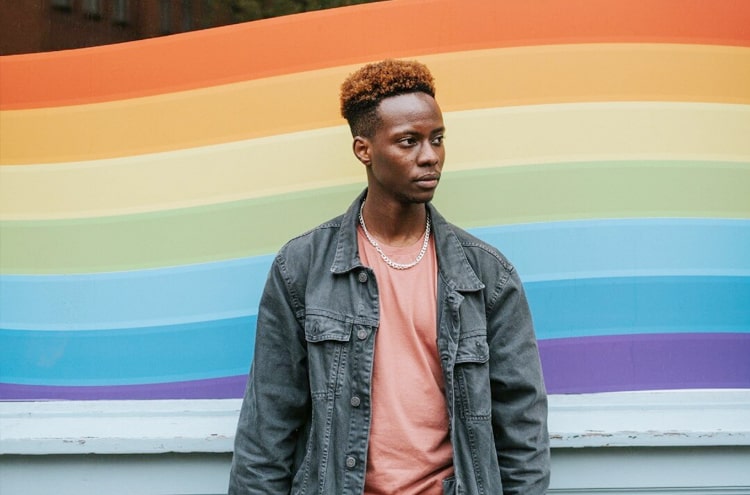 Gender identity and gender expression are usually used interchangeably, but they have minor differences. Gender expression touches on how individuals express or present themselves to society and can align with or go against social norms depending on the person wants to be perceived. It can be in the way you dress, speak, act, interact with people or behave. Gender identity refers to an individual sense of being male, female, fluid, or not identifying with any gender. Gender identity starts manifesting at an early age, so it’s common to assume a certain identity from as early as two years. Keep in mind that there are gender identities that fluctuate between different identities, making them gender fluid.

Why gender and sexual diversity awareness is important

Gender identity and sexual diversity awareness have spread in most cultures in the last few decades, largely because of the dedicated efforts of queer people across the globe. The number of countries where queer people can get married, adopt children, and receive legal protections is gradually rising as more people learn about queerness. While the LGBTQ+ community activists have made much progress in advocating queer rights, much still needs to be done for queer people to enjoy the same rights that heterosexual people enjoy. There is an urgent need to teach people about gender and sexual diversity, whether they are in the queer community or heterosexual society.

Some of the reasons why gender and sexual diversity awareness is important are: 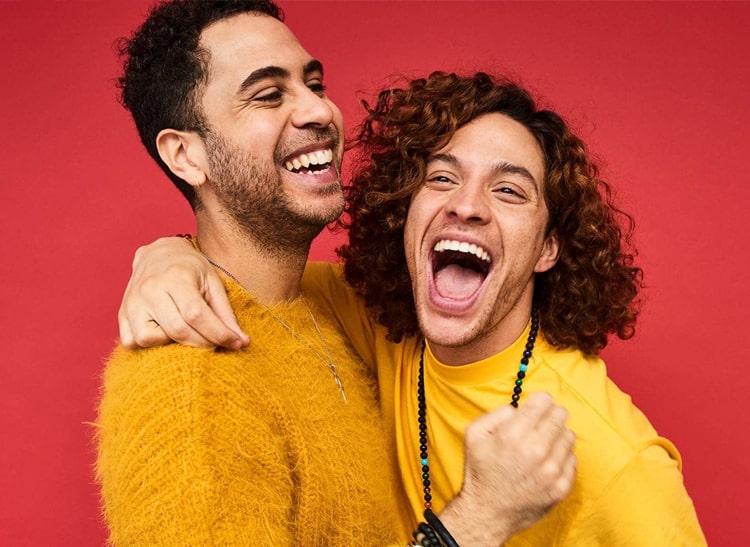 Sexual and gender diversity should be a part of education systems to help people who fall outside the gender norm to accept themselves from an early age. In the last few years, there have been worrying statistics of queer youth attempting or successfully committing suicide. By creating gender and sexual diversity awareness among youths, educational and social entities can minimize the fear, anxiety, and confusion that stems from having a different gender or sexual orientation from most of society. 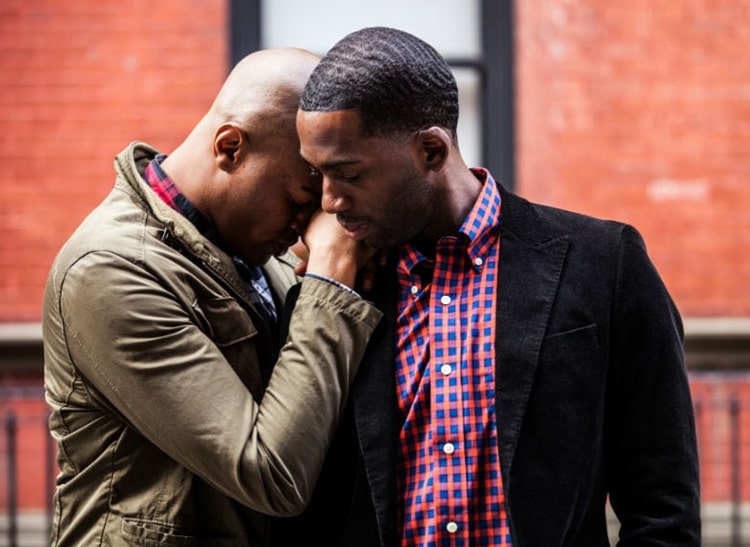 Queer people are some of the most discriminated minority groups across the world. Whether at school, in community interactions, workplace, or in family situations, queer people receive a barrage of hate because of the ignorance surrounding queer culture. Hateful people and extremists use damaging stereotypes, fear-mongering, and myths to demonize gender and sexual identities that are against society’s expectations. A majority of people that engage in hateful behavior towards homosexuals do it out of ignorance. Creating public awareness about gender and sexual diversity can sensitize the people that sexuality is a spectrum, helping to reduce discrimination against queer people significantly. 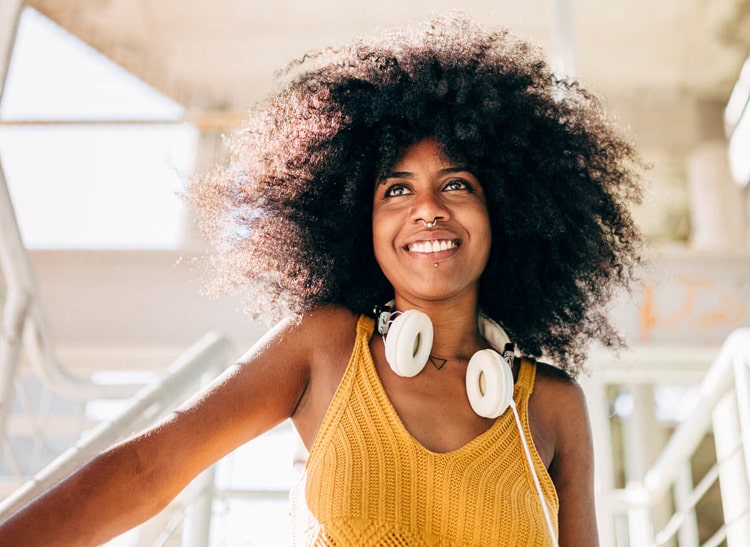 It’s easier to provide the right support t queer people when you understand what they are going through. If you are straight and want to become an ally, you can become a better ally with in-depth knowledge about sexual and gender diversity.