Masculinity in the Gay Community: What Does It Mean

Masculinity in the gay community is a broad spectrum. You can find gay men that have notable effeminate traits, super masculine males, and those that can comfortably switch from feminine to masculine. Most gay men experience identity crises at one point or another because of the conflicts resulting from social conditioning and their sense of self. In most cultures, masculinity is closely interlinked with manliness. Men from a young age are indoctrinated with rigid concepts about what it means to be a man. 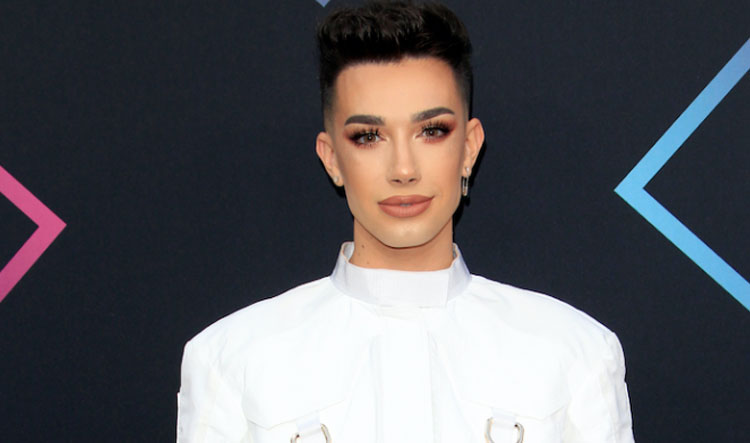 Whether it’s in the chores they perform, gender roles, or sexual interests, men inherit compulsory heterosexuality. For gay men, it’s only a matter of time before social indoctrination conflicts with their sense of identity when they start exploring their sexuality. In this article, we will define masculinity, discuss how it influences the identity and mental health of gay men, and give you tips on how to handle your mental problems.

Contents
1 What is masculinity?
2 How does masculinity affect your gay identity?
2.1 Having to choose
3 How masculinity affects mental health
3.1 · Prevents them from seeking professional help
3.2 · Masculinity creates room for hate
4 How to deal with masculinity problems
4.1 · Self-awareness
4.2 · Learn how to express yourself
5 Conclusion 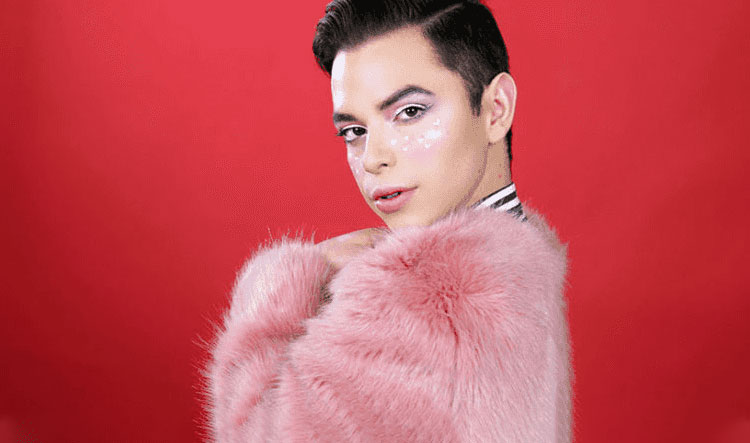 With the rise of toxic masculinity, the concept of masculinity has become a problematic topic, especially in the gay community. However, masculinity is not bad all because the concept contains valuable information that men can find helpful, regardless of race, sexual identity, race, or age. From learning how to be self-sufficient, emotionally intelligent, respectful, tough, kind, and brave to developing a strong mind, the masculinity concept has amazing ideas that can enhance people’s lives regardless of gender.

While some masculine traits support gender inclusion, queer rights, and fair treatment of minorities, some support bias, and discrimination. For generations, some men have used masculinity traits to perpetuate bias against vulnerable groups to horrifying proportions.

How does masculinity affect your gay identity?

Your identity as a gay man is influenced by the gender social constructs in your environment. If you are a product of a hyper-masculine society, then you are likely to adopt concepts that align with your society’s conceptions of masculinity. From the time you are born, your immediate and external environment consciously and unconsciously shapes your experiences as a man. Over time, you become accustomed to masculine traits such as self-assurance, aggression, or hiding your emotions. The continuous social conditioning from birth causes most gay men to experience an identity crisis when they start exploring their sexual identity.

The gay identity challenges the rigid concepts surrounding masculinity and what it means to be a man. Gay men challenge the status quo that equates manliness with aggression, sexual virility, certain gender roles, and masculinity. Gay men feel lost when they can’t reconcile their identity as males with conventional social constructs such as gender norms and behaviors. Traditional society teaches men how to act, dress, speak, or think a certain way. By doing so, they can benefit from the perks of heterosexuality, such as receiving admiration from women. 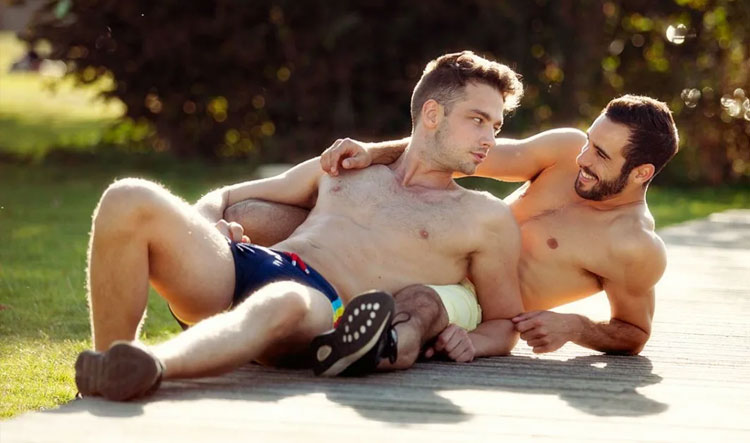 Gay men in dominantly heterosexual societies have two choices: conform to compulsory heterosexuality or rebel. Regardless of what you decide between embracing cultural notions or exploring your sexuality, you end up denouncing a significant part of who you are, which affects your gay identity. For instance, if your religion or culture conflicts with your sexual orientation, it’s virtually impossible to find a compromise. Your community shapes your personality. When you are forced to abandon it because of your sexual orientation, it has a significant influence on your gay identity.

Even in the queer community, some gay men experience pressure to become more masculine. There are gay men under intense pressure to shed the stereotypes associated with homosexuality. You can find men that work out religiously, not because they have a healthy obsession with fitness, but because they want to shed the gay image. Effeminate or feminine-looking men face higher risks of experiencing verbal and physical attacks because they are not outwardly masculine. To fit in, some gay men adopt toxic masculine concepts that are harmful to sexual minorities and women. 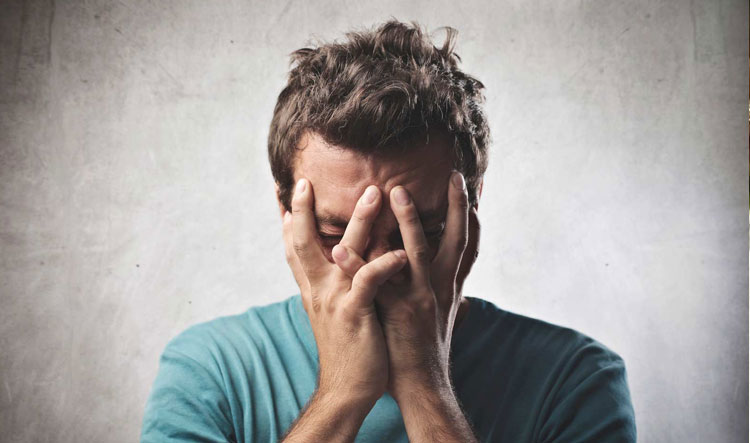 Do you believe there is a correlation between masculine norms and mental health issues in the gay community? While developing your gay identity, hearing a phrase like ‘man up, ‘act like a man, or ‘be a man’ can affect your self-esteem and, by extension, your mental health. You can develop a conflicted identity, especially when what comes naturally to you is frowned upon by society.

·         Prevents them from seeking professional help

Men experience the same type of emotions that all genders do. A man should be able to cry, laugh, react, and express his feelings without feeling judged. It doesn’t have to look like he is betraying his natural instinct as a male. Men, gay or straight, are not immune to experiences that result in mental problems. These include but not limited to stress, depression, or suicidal thoughts. Unfortunately, some masculine traits have made it virtually impossible for men to become vulnerable and seek professional help. 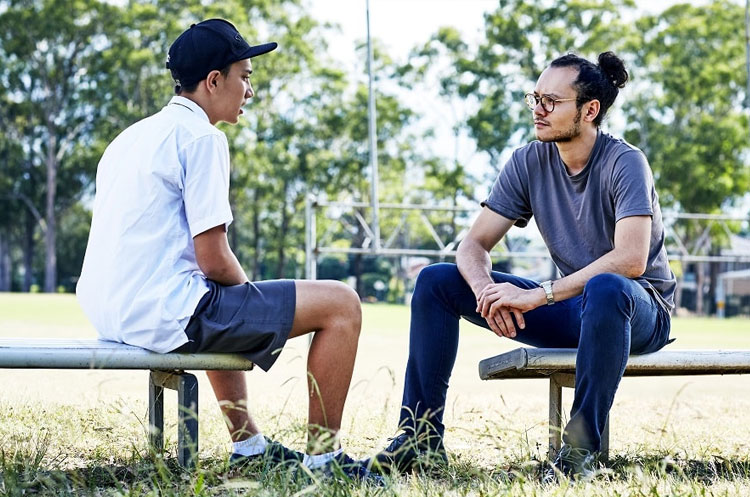 Masculinity norms discourage men from seeking professional mental help even when they need it for fear of not seen as effeminate. If you are a straight man who readily expresses emotions, society tends to view you as weak, immature, and a coward. For queer men, showing emotions is linked to their sexual orientation rather than a call for help. Masculinity creates boundaries of what being a man entails. The consequence for anyone that goes beyond the norm is ridiculed, verbally attacked, or stigmatized.

Straight men  largely perpetrate Masculinity, especially toxic masculinity. However, there is also a category of gay men that seeks to perpetuate hypermasculine traits that are biased, discriminatory, and marginalize gay men with feminine attributes. Some straight-acting gay men have created hierarchies with varying privileges depending on your level of masculinity. 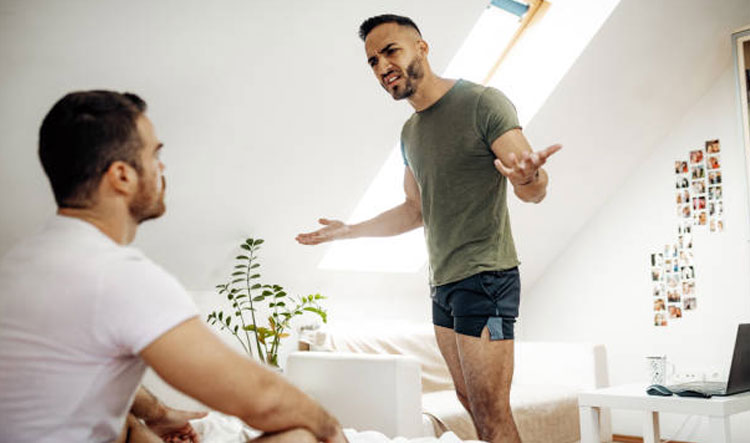 Masculinity culture in the gay scene has created room for classism, racism, sexism, and homophobia. This affects the vulnerable few that are vulnerable to discrimination. For instance, straight-acting gay males enjoy privileges that queer men of color or effeminate men can’t enjoy because of their appearance. While there is nothing wrong with acting straight to enjoy heterosexual privileges, choosing to perpetuate harmful stereotypes about other gay men can affect their mental well-being. Hate and discrimination from people within the LGBTQ+ banner can cause more harm mentally than when it’s from heterosexual people.

How to deal with masculinity problems

Very few gay men manage to experience life without experiencing some sort of mental problems. Whether it’s anxiety attacks, sadness, stress, or depression, mental health issues have a way of sneaking up on people in the queer community. While men are more likely to die prematurely compared to women, data shows queer men die at a higher rate than cisgender men. Regardless of age, race, class, or culture, masculinity problems stem from one common theme-conformity to social constructs. So, how exactly do you deal with masculinity problems?

Here are valuable tips to help you deal with masculinity issues: 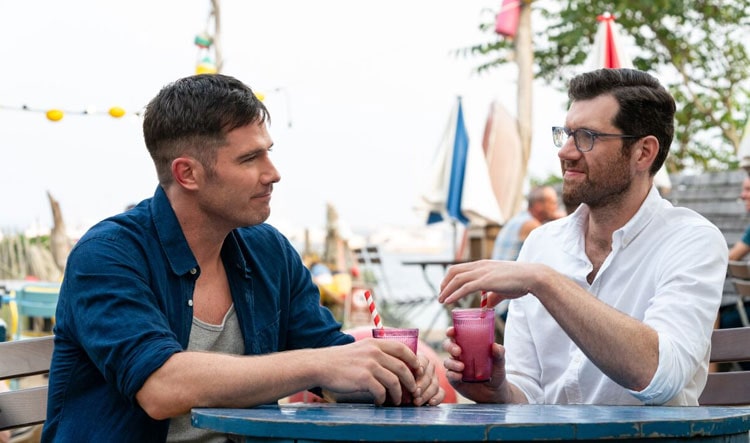 Do you believe you have masculinity problems? The first step to getting a solution to your mental problems is recognizing that you have a problem and need help. You can evaluate social norms within your culture and how they affect your identity as a gay man.

Masculinity has conditioned men to bottle up emotions to make them appear brave, tough, and resilient. Unfortunately, social norms that cause men to hide their vulnerabilities by remaining stoic even when troubled have caused more harm than good. If you don’t have a safe method to express yourself, emotions can overwhelm you .  This can make you angry and aggressive toward the people around you. When expressing yourself, always try your utmost best to be honest. Whatever feeling is bubbling up inside you, identify its causes and what you can do to make things better.

If you can’t book an appointment with a therapist due to social stigma, talk to a trusted friend or family. If talking to your loved ones isn’t an option, look for online platforms that promote mental health. Most mental virtual mental health platforms allow interested parties to sign in anonymously, guaranteeing your privacy.

Several factors influences the concept of masculinity in the gay community, including heterosexism and internalized homophobia. Gay men, whether consciously or unconsciously, experience negative attitudes because of toxic masculinity traits. Masculine–presenting gay men and social norms perpetuates such traits that assume compulsory heterosexuality for every biological male.