Flag This! Gay Men Symbols and Meaning Behind Them

There’s no specific way to look gay. But if you want to hit on gay men and avoid wasting time on unavailable guys, this guide will come in handy. Read this article to recognize common signs and symbols like the gay men flag, that can help you tell if someone’s gay or not.

As a gay man, have you ever been in a situation where you’re talking to another man, and everything’s going well until they confess one thing—they’re not gay and in no way interested in homosexual interactions? You can only think of the wasted time, effort, and energy on someone of a different sexual orientation. You can save yourself from this trouble if you know which signs and cues to watch out for in finding a potential partner or casual date. 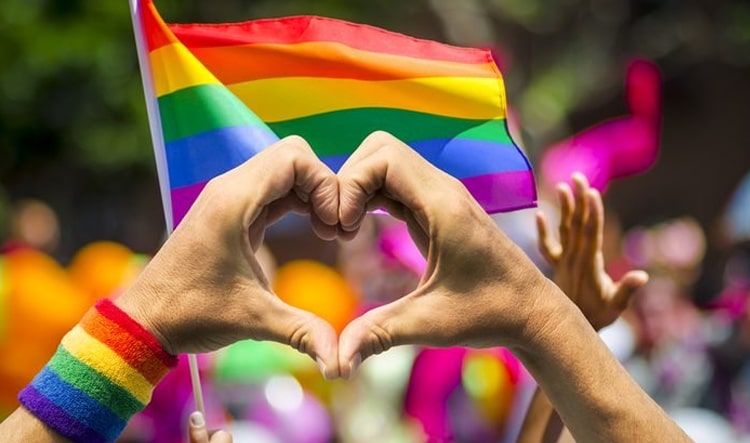 Visibility, expression, and authenticity are three essential aspects when it comes to the gay community and queer pride. LGBTQ+ members utilize symbols to attract other queers and let them know they share similar preferences and gender orientations. Moreover, these symbols help the gay community feel that they are welcomed, embraced, and respected.

There is significant symbolism behind each of these emblems for the gay community. Subtle yet meaningful, these visual clues have been employed by the community to assist individuals in locating one another and pursuing potential partners. Read ahead to learn common signs and symbols gay men use to express themselves and lead on possible love interests. 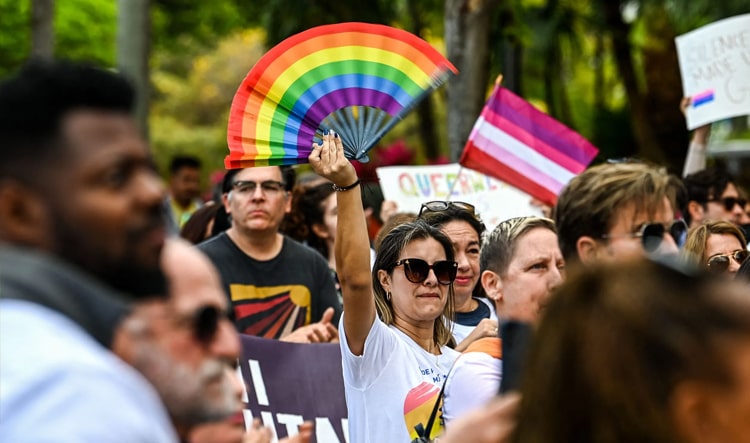 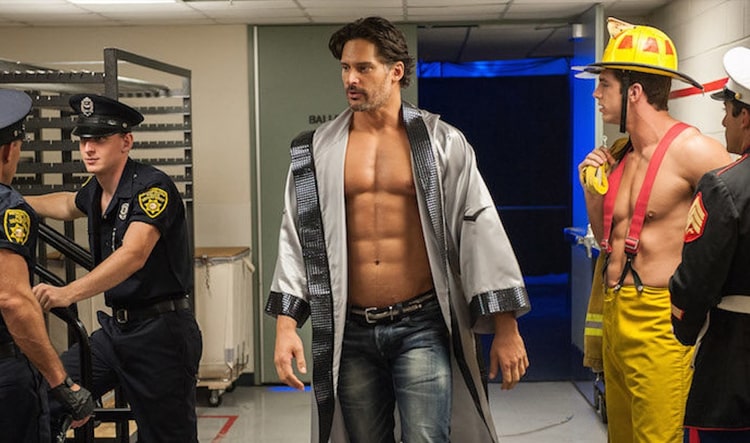 The eyes are known as windows to the soul and reflectors of sexual attraction. You can tell someone is gay by examining where they look whenever a man and a woman pass by. Naturally, gay men will prefer to fix their gaze on people of the same sex. 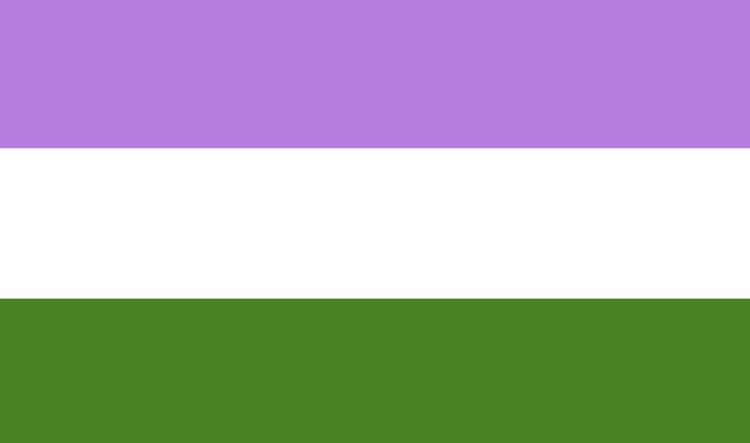 Most gay men are loud and proud when it comes to expressing their gender. They often hang pride flags, some specifically gay men flags, down their windows and balconies and incorporate pride emblems on their outfits. Traditionally, gays also use handkerchiefs tucked in their outfits to signify their queerness and invite other homosexuals in. 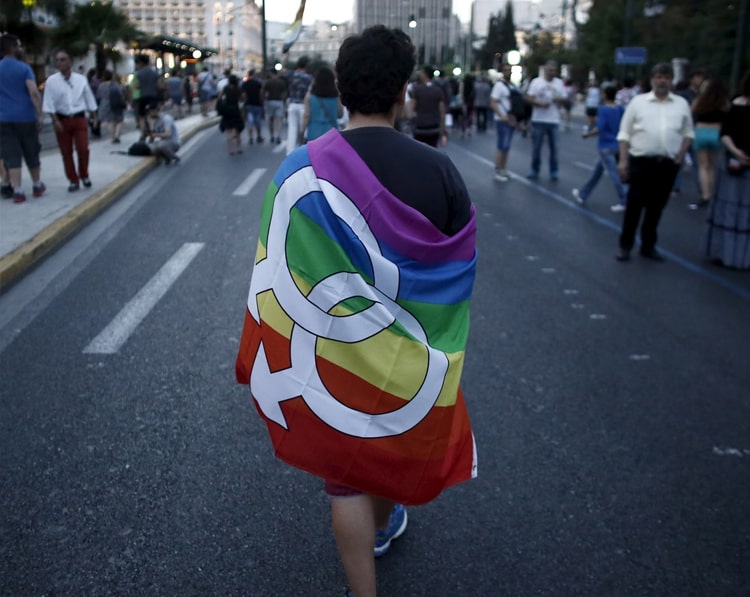 If you see a guy frequenting gay bars, there is a high chance of being gay. It’s a natural assumption when you see guys engaging in queer places and activities such as gay nightclubs, drag performances, and pride parades. Gay men flag (s) can also be seen in these places 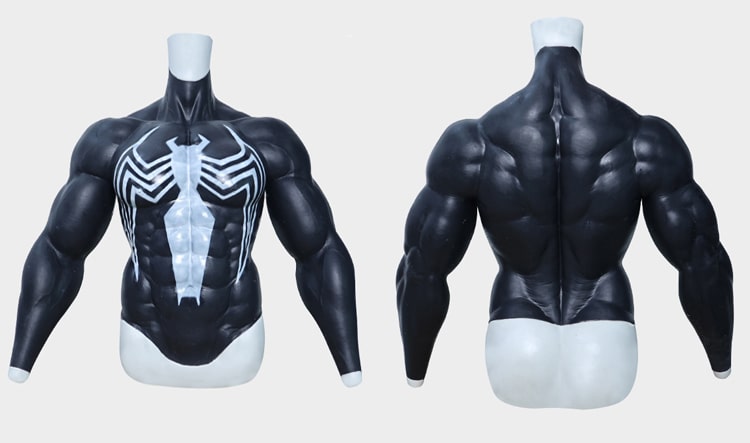 The strongest means of gender expression is through fashion. Some common observations of gay men are their fascination with mesh textured clothes and latex fit. An iconic example is the wearing of muscle suits.

A muscle suit is a body costume worn to give the wearer the illusion of greater muscle mass and strength. If you have average looks or are extremely thin, you can fake a muscular physique by wearing a muscle suit.

It’s worth investing in premium-grade quality muscle suits like those from Smitizen. They also offer muscle suits with unique designs, such as the one printed with a Spider tattoo. 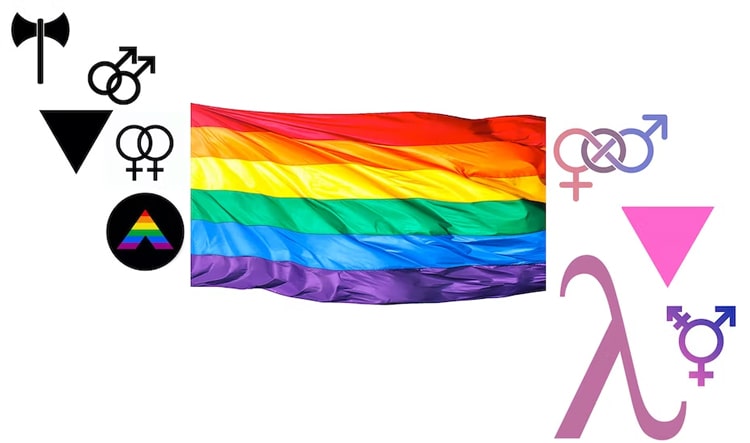 Here are some noticeable gay symbols:

The rainbow flag was created by artist Gilbert Baker in 1978 to supply the demand for a symbol that the queer community can use to represent LGBTQ folks throughout time. It was made up of eight different colors to resemble the rainbow representing hope. Pink symbolizes attraction and sex, red with life, orange with healing, yellow with sunlight, green with nature, turquoise with enchantment, indigo with tranquility, and purple represents attraction as well. 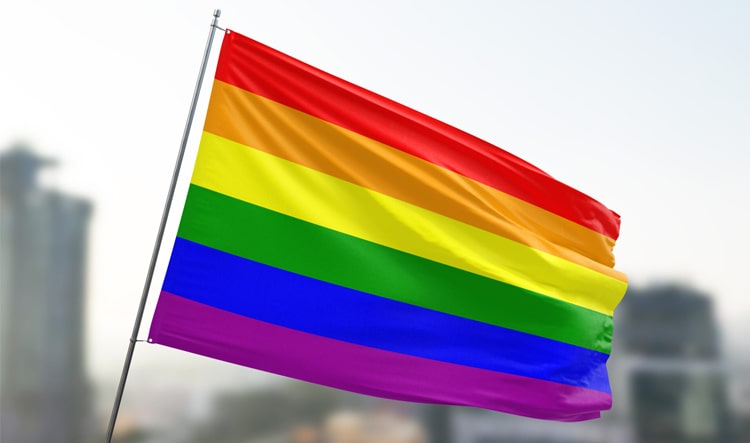 Finding a place with a pride flag flying outside is a great way to quickly narrow your options when searching for gay bars. Rainbow flags also litter the streets during the annual pride parade. Many different flag features of the pride flag have appeared since then as male and female genders began creating their versions to represent their sexuality. The following are some LGBT flags we often see today: 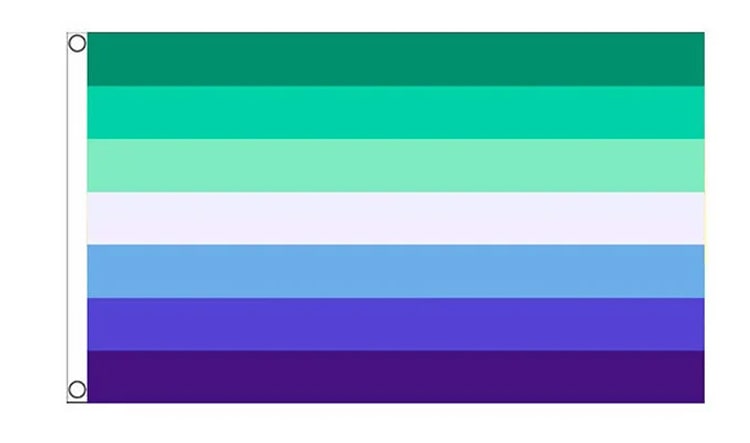 Like many other forms of pride symbolism, the gay men’s pride flag (gay men flag) has evolved. Various hues of blue lined the original pride flag design. Concerns were raised that the traditional pride flag emphasized a rigid gender binary instead of a more nuanced understanding of sexual orientation and gender identity.

The seven horizontal stripes on the gay men flag set it apart from the more traditional rainbow flag. Because of a lack of resources, two of the original eight stripes on the pride flag were eliminated or combined. 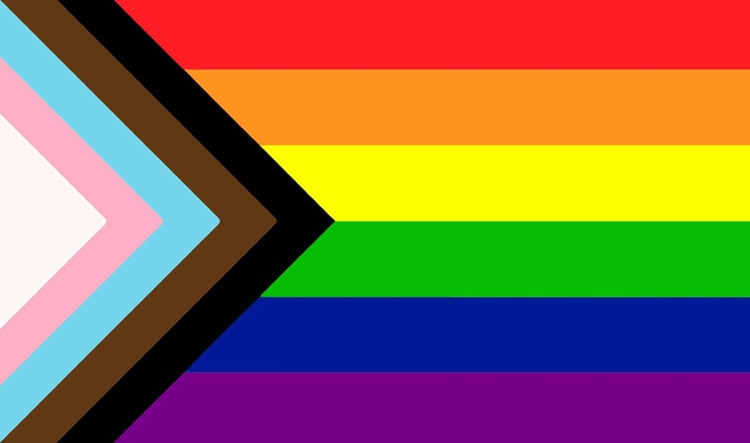 There are lesser-known pride flag variations that represent people of diverse gender expressions and preferences and gained as much popularity as the pride flag. 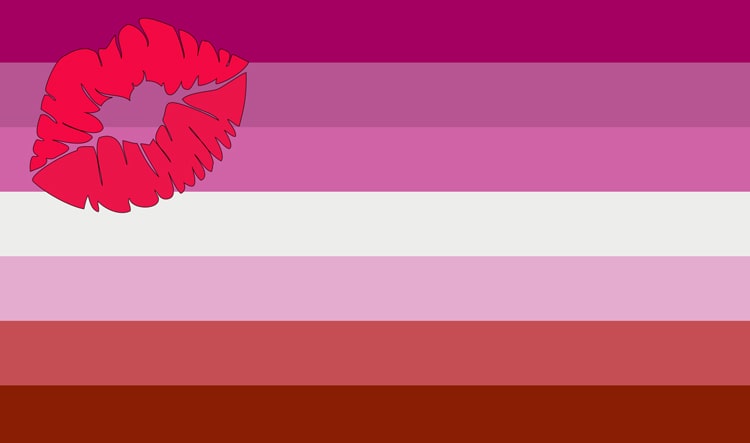 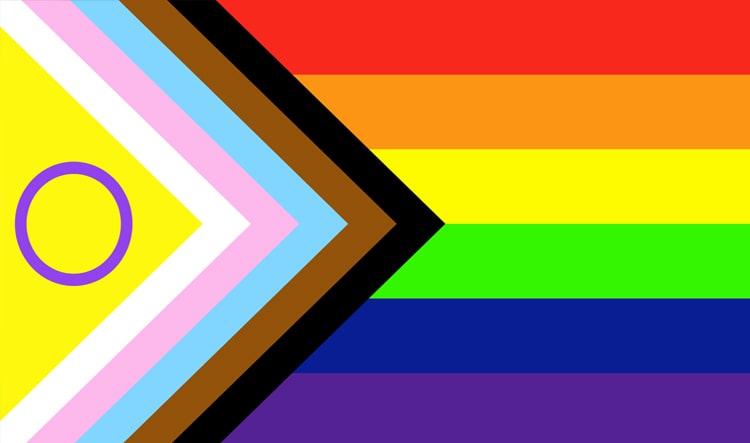 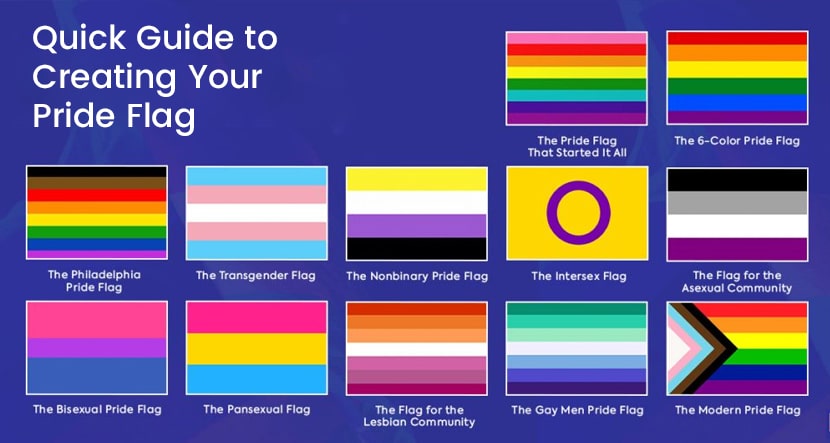 Planning to create your customized pride flag? Below are quick and easy steps on how you can make one on your own: 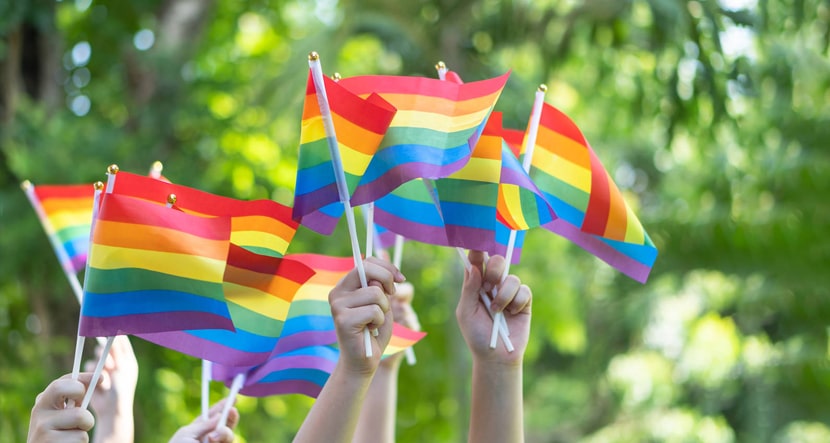 Feel free to use your creativity to develop a topic and appropriate flag design. Below are some examples:

You can produce small sketches (called “thumbnails”) to experiment with different layouts for the features you wish to include in your flag, or you can generate concrete, more comprehensive sketches. 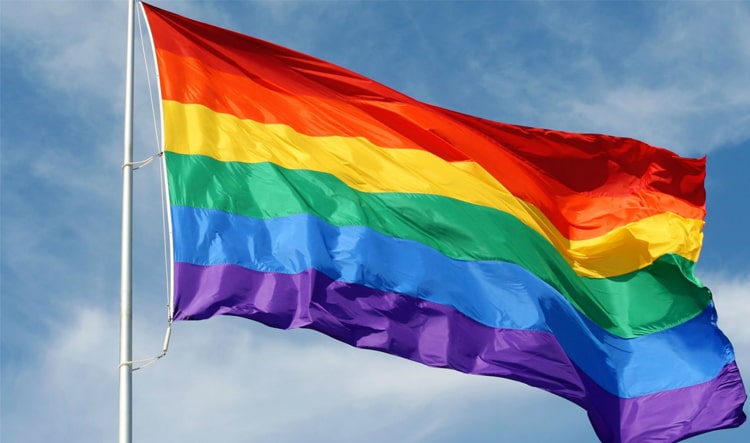 Secure everything with glue or thread. That’s why a glue gun is a tool we can’t live without. Watch out that you don’t scorch your fingertips! 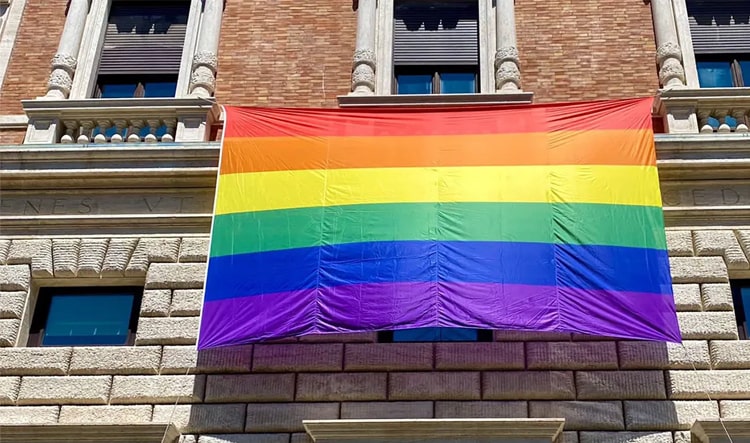 Flags and banners should be displayed. Banners are strung up by attaching the string at the end to the dowel. Cut the string and secure it to the opposite side of the rod, leaving the desired amount of room at the top. 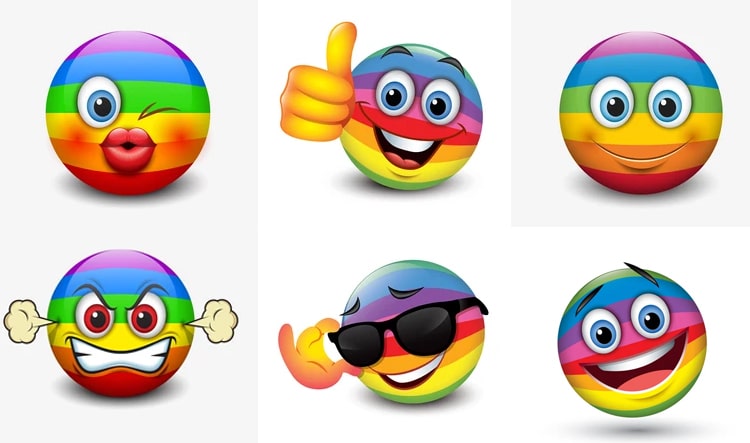 There are no emojis only for gays. Instead, gay men have learned how to use emojis for further gender expression and creative flirting with fellow gay men. Like on grinder, you can have access to a lot of

queer emoticons know as emojis. Below are some examples of how gays express themselves through emojis. 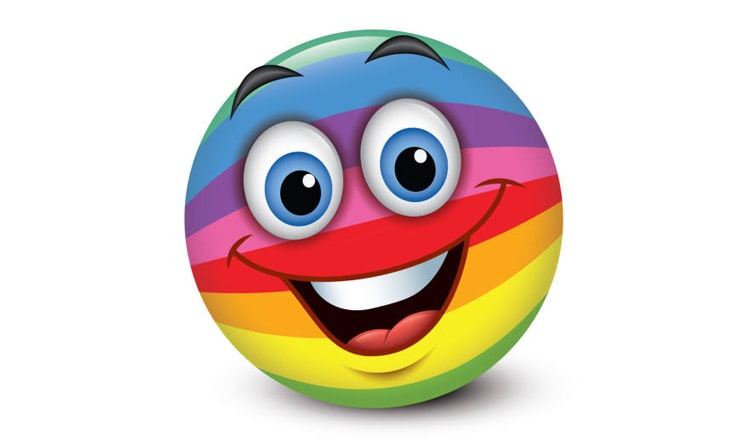 Function: This is used to refer to the LGBT community and somehow signify one’s membership in it. Though, straight allies can also use it to support their gay friends.

Use: When discussing something related to gayness, you can insert the rainbow emoji. 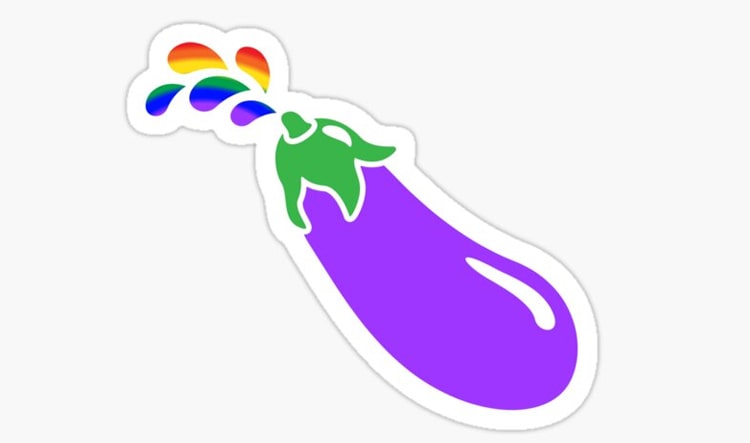 The once peaceful eggplant has become one of the most perverted symbols in the emoji repertoire. It soon became the emoji equivalent of the male genitalia or the penis.

Function: The emoji became a symbol of male genitalia and is now commonly used to indicate sexual interest.

Use: This emoji commonly refers to the penis and invite gay men to have sex. 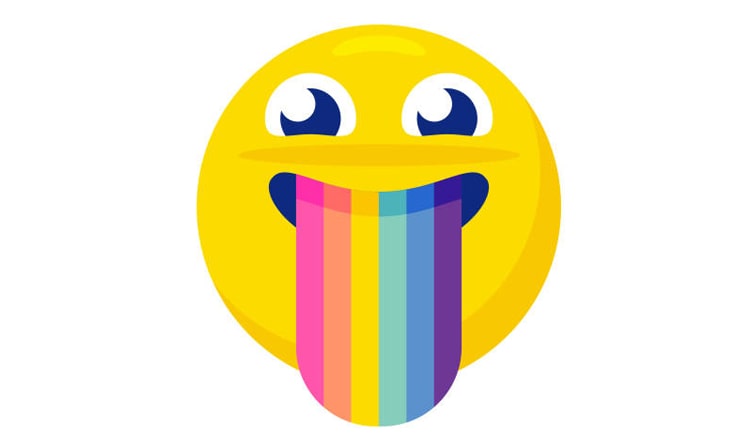 The tongue emoji shows a provocative and flirty image of a tongue hanging from a person’s mouth. 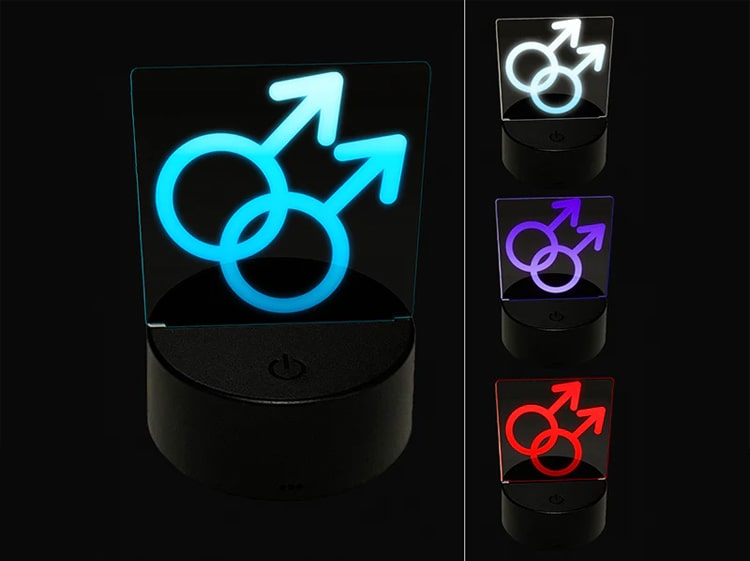 This gay pride symbol for male homosexuality features two male characters. The Doubled Male Sign was more of a sign and not so much as an emoji. In 2005, Unicode 4.1. included it in its index.

Function: The sign was used to identify men with a romantic or sexual attraction to the same gender. Modern representations of the symbol have the double mars filled with rainbow hues to represent the entire community and their cooperation with other sectors of society.

Use: Unicode characters appear as a standard black-and-white graphic on most devices. Though they don’t have emoji versions, you can easily pair the sign with another gay emoji at the end of flirty chats.

Gay Emojis vs. the Rainbow Flag 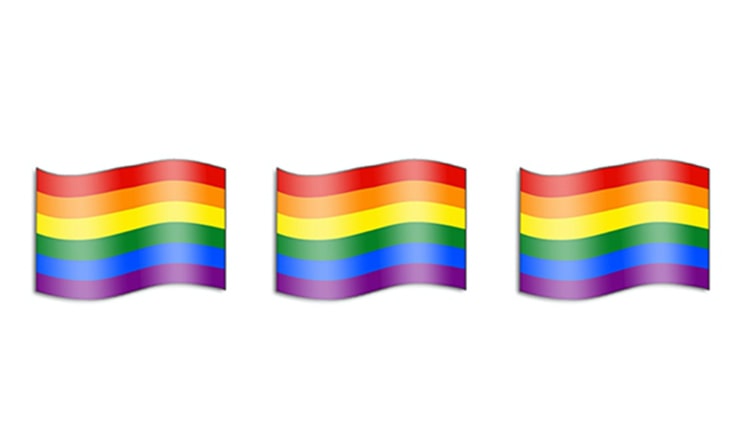 Other gay pride symbols and emojis can provide greater versatility and creativity than traditional rainbow flags. You can be innovative in combining different emojis to imply naughty and flirtatious messages subtly.

Now you know which signs to look out for whenever you search the room for a possible gay match. These are also symbols you can use for yourself to attract potential partners and to celebrate your queer pride.